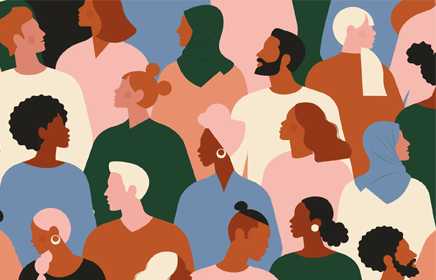 Feminism is an unapologetic walk to outstrip the patriarchal cauldron of superiority and capriciousness. Recently, Mandira Bedi solemnly carrying the earthen pot in her hand to lay down her husband peacefully on the funeral pyre has shaken the indubitable old age Hindu custom of men performing the obsequies. This brave act of feminism was not aimed to defy the prevalent but liberate the emotions poignantly entrenched in her heart. It was not feminism to conceal a motive or push for a change, but to validate that a “final good-bye” is not a moral issue.

In fact, how ironical it is—centuries ago, the practise of Sati was enforced on the widow of the deceased husband to sit on his funeral pyre as a mark of devotion and sacrifice. This deplorable act was promulgated to give an opportunity to the wife to bask in the glory of after-life with her husband. On the flip side, walking with the bier of her husband, Mandira invoked a sense of righteousness, giving Sati an ignominious defeat.

Usually, feminism is about women with battle-axes trying to make things relevant and acceptable. We have a history where suffragettes went through insurmountable brutality in prisons to fight for the right to vote. Feministic movements cut across barriers to make education and sports accessible to the deprived women. However, feminism is not always concomitant to loudspeakers burling sounds at the street to make a point, or hardliners being incarcerated for walking the debilitating path to bring about a transformation. It is also about creating a niche in spheres where male imperium seems self-justified.

Our first woman Finance Minister, Nirmala Sitharaman, has graciously expounded her credentials to give economy a shelter during the draconian pandemic. She concocted reforms like “Pradhan Mantri Garib Kalyan Anna Yojana” to handle the economic deprivation, and provide packages to the impoverished lot. Her conspicuous presence in the parliament and her articulate redressal of grievances labels her as an iron lady. In retrograde, it was a turning point in the history of India, when Pratibha Patil became the first woman President. Who can turn a blind eye to Mamta Banerjee as she ferociously expostulates the ideological muddles?

This is feminism of belief, and overcoming the complex cultural inhibitions to take on impulses that reverberate male idiosyncrasies. Though imperceptible at the nascent stage, a woman’s resilience and objectivity give her the credibility she deserves.

The top echelons of professional hierarchy are too grabbed by women like Kiran Shaw, Indra Nooyi to name a few. Their entrepreneurial success runs parallel to their indefatigable spirit to introduce feminism in breaking the shackles of intolerance and inequality.

So, now if we see more women in the political circle calling spade a spade, or performing the final rites to bid adieu to their loved ones, it should be a sight to be proud of, and not burdened with pejorative remarks.

Blogs are informative thanks for sharing

The blog is very Nice!