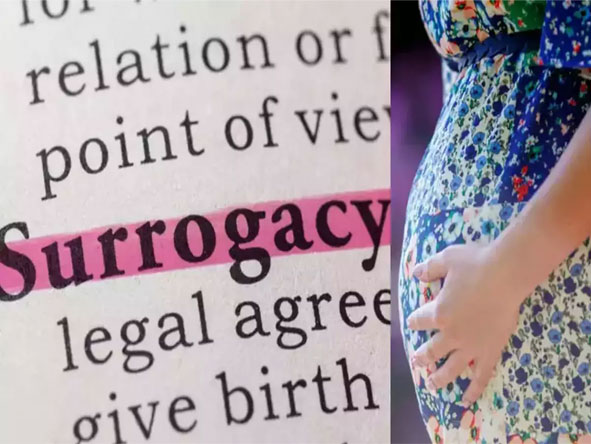 IS SURROGACY AN ACT OF FEMINISM??

Feminism is Spartan; it is a reprisal to the patriarchal mind-set and a battle-axe to decimate the influx of value systems reducing woman to a repository of subservience. Feminism is often burls sounds for equality of sexes but has gone far ahead now to ruffle the feathers of emancipation from egomaniacal chauvinism and empowerment of suppressed emotions and beliefs.

For decades, feminist have indefatigably toiled for the aggrandizement of their status in the society. From Caroline Norton campaigning for all children under the age of 7 to remain in the custody of their mother, to suffragettes like Constance Lytton who went through the inescapable tyranny in prison, the pursuit of feminist rights has been a Sisyphean task. It shows the stentorian impulse to fracture the anomalous dichotomy between a man and a woman.

I felt there was an urgent need to talk about surrogacy within the realm of feminism- to give it a sheltering carapace or rebuke the pestering demand for a womb on sale? Surrogacy seems to have become an off-loader of inhibitions and presumptions that a woman so inconspicuously wants to do away with. And, contemporaneously fidgeted by a man to buckle the hole so the gaps are invasively not visible!

Feminism talks of freedom of a woman’s body and mind from well-established shibboleths, and undeniably espouses reproductive freedom; a woman having an unbridled choice to be a mother when she wants to. But, renting a womb is defenestrating a surrogate of her dignity and to be used as a commodity. For centuries, woman has been barricaded around the frivolous dystopia of “men hold the paterfamilias flame,” “a man brings home the bacon,” “ a man flaunts and flatters” and “ a man is a the king of swords who can leash off any possible conviction a woman holds; reducing her to a fennel of human creation. To get off this slippery roof, the wave of feminism helped woman to be not used as a commodity and be deracinated to strengthen her ideological and moral vision. Today, women feel liberated because feminist all around formidably fought for right to vote, abortion and other tenets of suppression.

So here is the big question!

Has feminism been able to change the idiosyncratic clogged pipes with an idee fixe of woman as a commodity?

If men are to be blamed, women too have blown the Palaeolithic trumpet of reducing her body to a beleaguered fortification of necessity and pity. Surrogacy is not a debate of need but is an attempt to impoverish a woman’s body and soul to feel in captivity of what does not belong to her. The act of hiring a surrogate is a subterfuge to make her mind incapacitated to give in to the insecurities, validations and heebie-jeebies of myriad of couples who feel God has not been fair to them.

If today’s woman has an incessant urge to free the body from incendiary hormonal turbulence, double-whammy tyres around the waist and the self-justifying exculpation of ambitions, it makes surrogacy an attractive proposition like moths being drawn to a flame. But the deep conflagration leaves the surrogate in subjugation of her vicissitudes of life. A woman’s body used for implanting a foetus from a foreign land deleteriously leaves her abandoned in the end, and the psychological impact of being proffered as an object is a blotch to her own existence.

We as woman need to stand in solidarity to be respected for our bodies. Surrogacy is Machiavellian; a scientific ornament to please the population who are devoid of a child. The intent is plausible but carving on a territory for our own insatiable desires is a perfidy to womanhood.

“Are you a voracious reader, who loves reading and purchasing books?
Do opinions matter to you and you feel you can express your thoughts too?
If all this intrigues you, read the suggestions given by our expert book reviewers and bond
further with www.thebookroom.in.
Find the  book review blogs website  right here.”