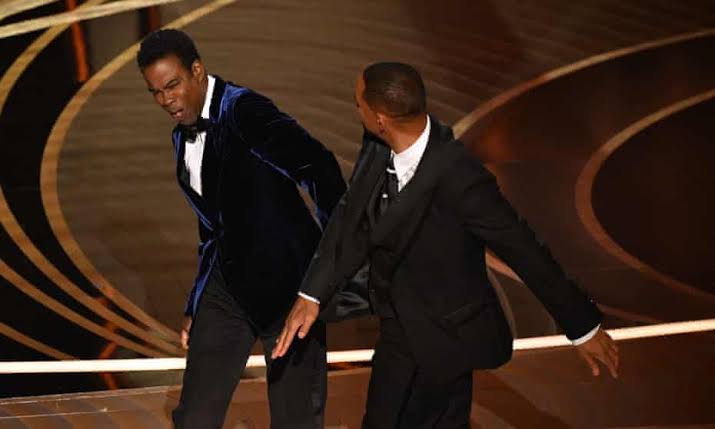 The Austerity Of a Slap

A slap tells stories—an aberration striking the opponents gallery of mischievous ponging, a validation to the profligate human mind of a self-proclaimed strength, a pestering indulgence to subjugate the pusillanimous vulnerability and finally a ubiquitous clap ordained by innocuously pressing two slaps to each other.

Slap—a very insipid flex but is a veteran of conspicuous distress. The recent “Chris Rock” gallantry to cock a snook at Jada Smith witnessed the blasphemous slap glide through his cheek catching him unaware. It was an aberration—the Hollywood actor, Will Smith soignee cutting across the paradoxical sight of who’s who to climb on the podium and blatantly striking a scratch of fingers for the impertinence that would “rock’n’roll” in his mind forever.

Apt or not, sticking a slap was definitely not an act of bravery; for the ears of Will Smith—you acted bullish but not brave—a plenipotentiary power of the misguided mind to settle for a binge instead of a healthy meal. The Will Smith fiasco was a pessimistic probing of human connection. When we fail to achieve an understanding, our mind resorts to disparaging what stands against us, and slap is a viable “Kung-Fu” protégé.

A child drifts towards the edge of the couch, askance at his mother’s next move. He knows he has been a bit awkward in finishing his school assignments, and reprimanded he must be by his mother who feels an urgent need to slap him. So what, if a mild tyrannical blow can take the wind out of his stomach to make him realize that life is not rosy. The time tickles by, none in hand, to be gratified by a thunderous blow of a slap hitting the paramount juncture of the eclipsed ear fanning the cheek jars.

The slap said it all!!

The paucity of time in a mother’s life waged a misbegotten war of minced words tightly propelled by the palm of the hand, fearing the more is said, the less time to comprehend life’s exigencies.  That’s the mother’s intellect sauntering on her, “who has the time to collect the life’s experiences in a symmetry of alkaline words and pour it in the emptiness of the protracted bemuses of the kid; a slap would be stentorious enough to expound the plebiscite of right or wrong.

Mahatma Gandhi often comes to my mind with his solemn slap agenda “offer another cheek if one slaps you on the first one.” He too knew that it was a weapon in the armory of human personification to desperately seek vengeance for the spoken word that huffed and puffed acrimonious disputed agendas. So, arbitrary choice of words, “I will slap you”, “you need a tight slap” or just a whiff in the air are a manifestation of intemperate human foible. Gandhi understood that slap is a manifestation of a weak mind to take control over the enfeebled; another slap would transform condescension into humility as a partaker of violence cannot see his own hand bleed.

Joe Biden too has his scrupulous agendas and has left no stone unturned to slap sanctions on Russia for its misadventure in the enormous swathes of Ukraine. But, Putin is no Mahatma Gandhi. The velocity of slaps by United States and its NATO allies will be contemporaneous to the cataclysm of war-cries set to disturb the flora and fauna of the world.

So, finally I am awaken to a revelation of slap being a disastrous ally in human funding of invidious and morally unsubstantial attitude. But, our imprisoned mind cannot always consider slap a benefactor in its uprising; probably the misuse of a slap to hide our imperfections to channelize emotions has become a slap-dash affair. If we could just change the maneuvers of the perfectly coined elbow pestering the hand to whack a slap into plausible interpolations of misgoverned agendas, the sheepish mind will have a better transit of emotions and expressions.