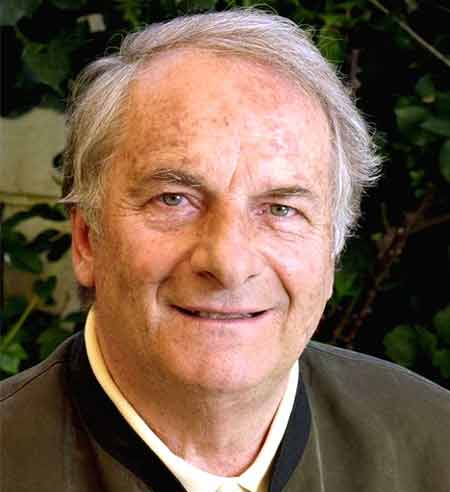 Retelling history either as an atavistic analogy or something itself experienced is arduous. The mind snuggles in the adamancy of one’s belief and interpretation—a belief chaperoned by what has been heard and read for decades to be finally assimilated as an idee-fixe for life. Mind holds no prejudice and is neither a predator to excavate the buried hegemonies; it just settles for a belief not knowing that it has a history.

Dominique Lapierre believed that a lot happened in the world people were ignorant and apathetic of. Embitterment fomenting wars, the incendiary issues of conflict incarnadined by priggish minds, indisputable chagrin corrugating into reprisals and recriminations and the ineluctable poverty made Lapierre delve into its concomitant history.

Today, the man with an uncanny ability to clear the mist off the air is no longer with us. He breathed his last on December 02, 2022 and the news brought along a ray of memories of the days when reading his books helped me connected to the world and its eccentricities. He leaves behind a cornucopia of books magnifying the historical renditions—polyphony of events—a charred coal, worked on and processed to create an impedance of truth, imprisoned in the glory of human schadenfreude.

The thought deepens, if conflicts, warfare, terrorism and irredentist claim of a power to conquer another are a result of contretemps the human mind fails to get over? The chapters then chronicled talk of the intransigence and conspicuous follies, labelled as history. Lapierre relieved history with his extensive research through peripatetic travels, in conversation with people who had witnessed the crimson of bloodshed and perfidy. He was perspicacious in his study of human mind that acted as a treacherous knot of irrepressible differences.

‘Freedom at Midnight’ written by Lapierre in collaboration with Larry Collins in 1975 dug out of the fox hole the demons of British Imperialism and the Partition of India. Assiduously written with facts and figures in prominence, the book still stacks the shelf for a profound read on the vagaries of Indian freedom movement.

He understood his characters deeply, entrenched distinctively in his mind for a plausible convention of their struggle and history. It was not just their personality that came out through his writings but also nibbled on the depravity of the mind to loss and its sanguinity to the derring-do. His hard-crust attempt to bring into light the tumultuous history of South Africa and the stentorious cries of Nelson Mandela to fight against the deleterious racist apartheid system is conscientiously documented in the book ‘A Rainbow in the Night.’ Following parallel to it ‘Freedom at Midnight’ too was edgy in giving a candid account of Nehru-Gandhi camaraderie and the do-gooder that Mohammad Ali Jinnah was.

Sometimes I feel it’s also about the upheaval the mind goes through while documenting events. The journey of the people becomes your benign path to truly understand their miseries and depredations. ‘City of Joy’ by Dominique Lapierre still remains one of my favourites. To live in a grotesque humdrum of poverty and the diseased, Lapierre understood it was a challenge, but Calcutta (now Kolkata) intrigued him and the sordid numbness of its people fretted upon him. The book brings the poor and the saints together. After the success of the book, he gave support to many humanitarian projects—the big bang being the Asha Bhavan Centre. I always felt he had this resemblance to a saintly character in the book by the name ‘Stephen Kovalski’. The philanthropist he was, giving plenty of charity to the destitute in Calcutta.

He collaborated with Larry Collins to give two astounding best-sellers, ‘Is Paris Burning’ in 1965 and ‘O Jerusalem’ in 1972. The former is a true account of how the solipsistic Hitler planned to obliterate Paris by his nefarious activities. It narrates the ordeal of the people of Paris and their indefatigable struggle to get their freedom back. The latter cut the ground beneath the feet by presenting horrific facts surrounding the Israeli-Arab conflict. A heart-wrencher, the tale gruesome to the core presents the political and military events that dug the sleeping ants out of their colonies.

The due also wrote a fiction ‘Is New York Burning’— a tale of the aftermath of 9/11 terrorist attacks and how it further stock-piled more terror in the city. It finally needed to be reproached with a clear conscious to nip terrorism in the bud.

Another book that tore the heart out was about the gruesome tragedy in Bhopal, India. ‘It was five Past Midnight in Bhopal’ written in collaboration with Javier Moro is a true account of how technology can play havoc with human lives—a poisonous gas emanated from an American Pesticide Plant that still lingers on as a health hazard.

Dominique Lapierre’s entire literary work is about events that still resonate as a bitter reality. It is not an end to a closure but a reminder that ‘freedom’ and ‘righteousness’ is a dominion of our survival. Poor or rich, vulnerable or powerful and ordinary or solipsistic, each craves an identity and will go to any extent to liberate itself from the protracted clutches of slavery and subjugation. His books remind that struggles in life don’t go waste and freedom comes at a cost.

You will be missed….