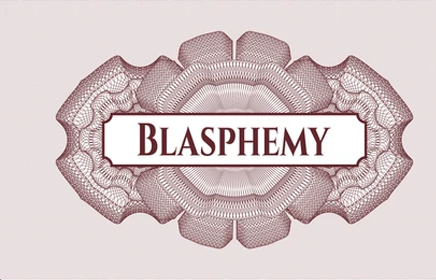 God is a sheltering carapace to his creation, but when the evolved human fraternity desecrates its place of worship, the creator is not pleased. The place of worship is a door for paying obeisance to the almighty, but some miscreants try to obliterate it to magnify their idiosyncratic beliefs and ideologies to suppress the antithetical groups.

The deleterious act of demolishing the Babri Masjid on December 06, 1992 is a reaffirmation of how God is placed in an invidious position, as different communities strangle to get hold of each other’s neck. The historic revelation of a mosque constructed at the birth place of Lord Ram created a frenzy of irrevocable emotions, insinuating the Kar Sevaks to perform the implacable task of vandalizing the centuries old structure. The deplorable act saw various temples being rampaged in neighbouring countries like Pakistan and Bangladesh as retaliation to the gruesome cowardly show. The distress is not new—the concomitant Hindu-Muslim anguish dates back before partition due to differences in culture and ethics. But, does all this really give freedom to the fanatics to battle-axe the sanctimonious domes and crush the God sitting beneath them?? The argument of “My God,” “My Land” is a hubristic approach to defy God of its own existence.

When the former Prime Minister Indira Gandhi impenitently gave way to “Operation Blue Star” she received a massive opprobrium from the Sikh community. To arrest Bhindranwale, a Sikh extremist, the army fired fusillades of shots damaging the sanctum centre, where the Holy Scripture, “The Guru Granth Sahib” was ceremoniously placed. The misbegotten attacks by the army left the Sanctum Sanatorium incarnadined with corpses and the Gods weeping.

What makes us dishonour the place of worship? Maybe, it’s to brew out our insecurities and showcase our whirlpool of power. These scared shrines propagate love and harmony. But, some choose to recalcitrate and cock a snook at ideologies that don’t suit their sense of belief.   We also see such inglorious acts tapped across the World— vandalizing Idols of Gods and place of worship. The Taliban destroyed the “Buddhas of Bamiyan” in March 2001 in Afghanistan citing that they were idols. Last year in March 2020 in Kabul, a Sikh Gurdwara was stormed by an Islamic state gunman. We also see several temples being knocked down due to communal wrath.

The so called extremist, terrorist banks, political analyst, and the hoi-polloi backed by religious megalomania forget that by targeting the land of worship, they are plunging into a maelstrom of religious charade. The Puritanical attitude needs to be buried and differences need to be resolved over the table. Attempting to desecrate a place of worship is blasphemy, and not love for God.

Wow it is super