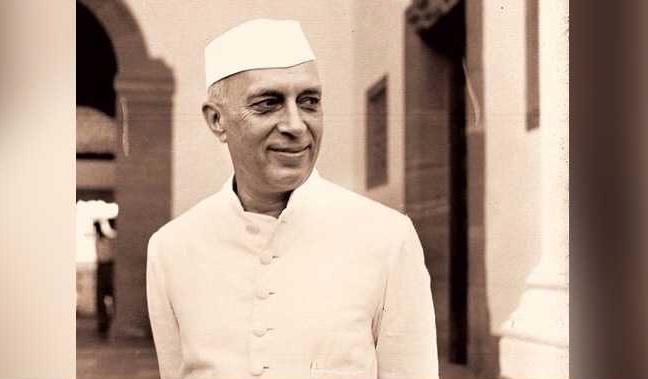 Is Nehru’s India Doomed in The Wave of Religious intolerence?

Pandit Jawaharlal Nehru, the first Prime Minister of India, condemned ideological veneration of religious sentiments as they were bound to scurry conflicts of personal belongingness. He knew the hubristic westernized liberalization had little option to stay afloat under the diaphanous roof of mullahs, pandits, priest or the doyens of religious fanaticism. He believed that religious dogmas and bigotries were carcinogenic enough to destroy the harmony of living entities, and press a cold shoulder causing agonizing pain and distress.  In his book “Nehru”, Shashi Tharoor candidly puts down Nehru’s idea of religion –“I have no patience left with the legitimate and illegitimate off-spring of religion.” The comeuppance of extreme religiosity was evident with Jinnah promulgating a separate state for Muslims to avoid religious frenzy.

But, Nehru being his fastidious best did not leave the rail in the black hole. He put India on a secular map where all religions are treated equally and the state to have no ruling over religious discretions. His secularism was without favourites; providing a sheltering carapace to Muslims and other minorities and eventually fabricate a tolerant India. He never believed in “Hindu Rashtra.” Today, if he would be watching from the incarnate sublime generosity of the firmaments, bemusement would steer through his nerves seeing “Hindutva” firmlyclasping the edges of his beloved country.

All these years, the chiaroscuro of warmth and belligerence has swept off the people of this country, but what has kept the bricks intact is the strong cementing of democracy and secularism. It has been a Sisyphean task indeed. Prejudices still exist; skull caps and hijabs looked by Hindus as fundamentalist bellwethers, Muslims— loyal beef-eaters— regard worshiping of cow quite bewildering and Sikhs take pride in their turbans and beard as decreed by the last of ten gurus. Other religions within the framework of India follow dictums as laid down by the sacred text or by their predispositions to the atavistic. In spite of the multi-layered proliferation, Nehru’s India has been able to survive the peripatetic moods and fancies, aggrandizing religious tolerance for decades—faiths existing cheek by jowl. Nehruvianism is fighting a lonely battle with secularism re-positioning itself in the garb of religious intolerance.

India seems more about “us” – the all prevalent Hindu condescension—we the majority, levelled to subjugate the minority. Political rallies ingratiated by rabble-rousers to disparage the Muslim identity of being invaders, and conspicuously adding more heads to the population shows the impertinence of the right-wing group.

Secularism was never about religious foibles. Puritanical rigidity sabotages the entire edifice of tolerance and equality. Nehru believed in taking the country together, where minds work together for common cause and do not invoke unapologetic subservience from the minority groups.

The hijab row in Karnataka, a state of India, caused massive opprobrium—another point black obtrusion to decimate the Muslim identity. A cloth to cover the head of Muslim women at educational institutions inspired heated polemics, undermining the infallible faith with which it is worn. Such euphuisms deleteriously damage the edifice of religious freedom and engender religious eccentricity to take over matters of faith. A hijab calls for the same veneration as a turban piled in folds worn by Sikh men and Janeu (sacred thread) roped around the bare torso of the Hindu Brahmin.  Such incidents make secularism fragile and vindictive of ideologies we don’t believe in.

The same intransigence was proffered by BJP leaders during Diwali backlashing the FabIndia tagline “Jashn-e-riwaz”—a Hindu festival cannot have an Urdu tagline. All this bemuses the entire core of Indian secularism when religious inclinations deprecate the intentions of a different theological mind-set.  It’s disturbing not only for the people of India, but internationally it desecrates the entire edifice on which India stands. Recently, the Prime Minister of Singapore exemplified Nehru and his magnificent stature in sustaining democratic values to which our present government has extrapolated in defence. Nehru, the cognoscenti he was, had the ability to eloquently debate and respect his adversaries for what they believed in. A healthy democracy was his paraphernalia.

Today, the Nehruvian saga seems to have been forgotten and replaced with hard-core hindutva. We need to follow the fastidiousness and tolerance that Nehru preached to keep our country intact as a “whole.” The day is not far when certain miscreants will communalize every vendetta and put minorities in the pigeon hole.